Pink Hangs with Family in New York to Shoot Film 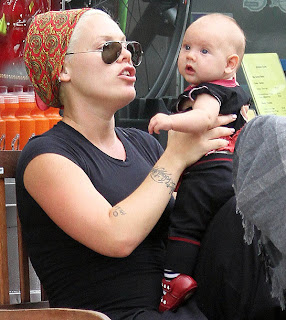 The family is in New York because Pink is shooting her first-ever major film in "Thanks For Sharing," which also stars Gwyneth Paltrow and Mark Ruffalo. "Thanks For Sharing" is a comedy about a group of sex addicts who meet in a 12-step program.

"She carries with her just the right combination of heart and

edginess for the part of Dede, and we're incredibly excited to share her acting talent with audiences." the film's director Stuart Blumberg recently said in a press release.