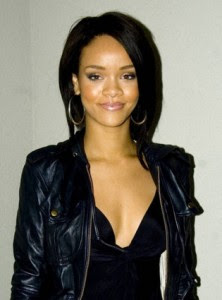 Rihanna has revealed that the name of her upcoming album will be Talk That Talk.MTV describes the album title as a “tongue-in-cheek jab at any naysayers, critics and haters.”

Talk That Talk, led by the just-released “We Found Love” single will be Ri-Ri’s sixth studio album, and her follow-up to her 2010 Loud project. The 23-year-old songstress will be releasing more updates about her album via her Facebook page, so stay tuned.

We Found Love by Rihanna

On another celebratory note, Rihanna just leapt to her 20th Billboard Hot 100 top 10 single faster than any other solo artist. “We Found Love,” featuring Calvin Harris, moved swiftly from 16 to 9 in its second chart week.

Having first graced the Hot 100 the week of June 11, 2005, with the eventual No. 2-peaking “Pon De Replay,” Rihanna reaches 20 top 10s in a span of just six years and four months, besting Madonna for the quickest collection of top 10s among soloists (from an artist’s first Hot 100 appearance) in the chart’s 53-year history. Madonna tallied her 20th top 10, “Hanky Panky,” the week of July 28, 1990, for a stretch of six years and nine months after her chart introduction with “Holiday.” Rihanna, thus, bests Madonna’s mark by five months.