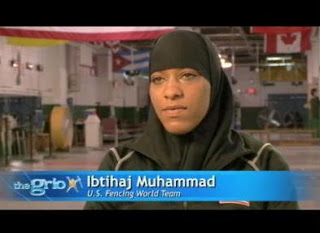 What Serena and Venus did for tennis and Tiger did for golf is what New Jersey native Ibtihaj Muhammad wants to do for fencing.

Fencing is not one of those sports heavily introduced in the black community or most American communities for that matter. It is a European sport that is becoming more diverse.

Just Serena and Venus faced the adversity and lack of diversity to dominate the sport of Tennis. According to the Grio, Ibtihaj Muhammad has broken her own barriers in fencing to earn a spot on the Olympic team last year.

Muhammad is persistent, but frustrated with the lack of diversity in the sport. Being a black, muslim, woman she is opening three doors for women, muslims, and people of color to walk through.