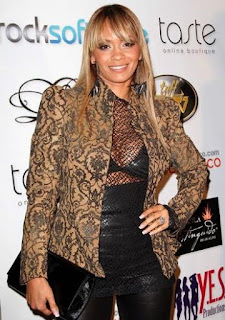 Did you know that Evelyn Lozada was all set to leave “Basketball Wives” and not return for the show’s fourth season?

Yep, that WAS the case until – as TMZ points out – the show offered her a deal she just couldn’t turn down … a deal that includes her own spin-off show.

As TMZ previously reported, Evelyn had made up her mind that she was done with the show for good after VH1 posted a blog insinuating she cheated on her fiancé, NFL star Chad Ochocinco.

Once Evelyn let producers know she was out, that’s when we’re told they really made a push to keep her.

According to our sources, her new arrangement with the show has her shooting about half as often (but with a raise) and that she can work around her daughter’s school schedule. We’re also told Evelyn has made it clear … she will not miss any of Chad’s games.

But according to our sources, the final carrot that sealed the deal … was that VH1 promised to spin off Evelyn and Chad into their own show. We’re told that show would document the months leading up to their wedding … but so far no deal to shoot the wedding has been made.

Was there ever any doubt she'd leave? I didn't think so either?