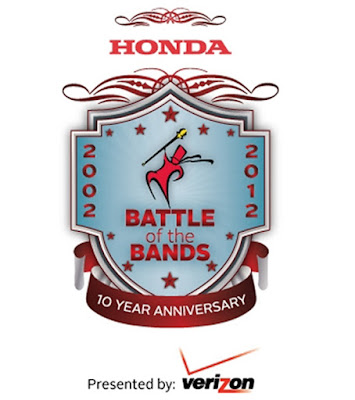 Also new to the 2012 program is the first-ever fan social media competition that will give HBCU students the opportunity to flex their Facebook and Twitter skills to compete to win a brand new Honda CR-V. “Band Chatter,” is an online social media contest that will award three finalists a trip for two to the Invitational Showcase on January 28, 2012 in Atlanta. Registered users of the Honda Battle of the Bands official web site (www.hondabattleofthebands.com) can login, visit the “Band Chatter” page and through Facebook postings, comments, photo uploading and sharing accumulate points for their daily social media activity. The more users fans engage with their social media connections about the event and their favorite marching band, the more points they may earn. When the competition period ends on January 6, 2012, the top three die-hard HBCU marching band fans who have generated the most social media points will be given the opportunity to travel to the Honda Battle of the Bands to participate in a second promotion for a chance to win a 2012 Honda CR-V.