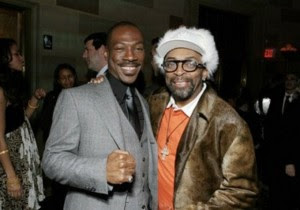 Eddie Murphy and Spike Lee have teamed up to bring forth the yet untitled Marion Barry biopic. Eddie is slated to star in the movie about the beloved and disgraced former Washington D.C. mayor and directed by Spike Lee.

Marion Barry spent six months in prison and was famously re-elected two years later as mayor after being being busted for smoking crack in a local hotel with an ex-girlfriend and informant on camera. He was famously known for the phrase "Bitch set me up!"

Eddie Murphy who is not known for dramatic roles scored an Oscar nomination for his dramatic role in “Dreamgirls.” This would be the first time Black film veterans, Spike Lee and Eddie Murphy would work together.