Gaye sibling serves it up straight, no chaser in new book

on December 07, 2011
Marvin Gaye sibling serves it up straight, no chaser in new book
by DeBorah B. Pryor 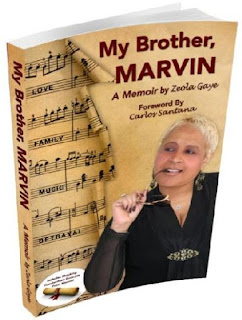 ”I visited him in jail … he had a brain tumor, which the doctors told me …had a whole lot to do with what happened and why he felt what he felt about Marvin and my mother… He was sorry, but my father was also a very, very proud man and he did not tolerate, at any point, disrespect…that’s like a ‘black sin’ … you don’t disrespect your parents.” — Zeola Gaye on why her father shot his son and her brother, Marvin Gaye.

It is hard to believe that Marvin Gaye has been dead for 27 years. So many of us recall that dreadful April 1, 1984, when the news flashed across television screens, and usurped radio airwaves revealing news that the singer had been fatally shot by his father – one day before his 45th birthday.

It seemed that for at least a moment, the earth stood still.

In an interview between EURweb publisher Lee Bailey and Zeola Gaye, the youngest sibling of iconic R&B crooner, Marvin Gaye; and author of the new book, “My Brother, Marvin: A Memoir” By Zeola Gaye.

In Part 1, Bailey had just been shown excerpts of a Marvin Gaye documentary that the family has unsuccessfully been trying to bring to light for the past 3 years. Zee, so named by her big brother Marvin, explains to Bailey how difficult it is to watch the piece, and elaborates on the memories it evokes, including how she has come to terms with what her father did on April 1, 1984. 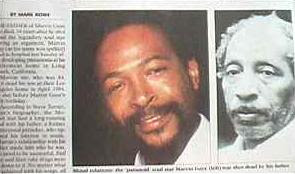 “I suck that up too. I just suck it up. Its like, there’s nothing I can do about it now,” Zeola responds sorrowfully, when Lee Bailey asks how she copes with the memory that her father, Marvin Gay, Sr., shot and killed his son, her brother, Marvin Gaye, Jr. in cold blood at their Hancock Park family home. “That’s something that happened and I can’t bring them back. I can’t bring him back and it’s not easy. It’s not easy.”

Zeola Gaye describes her brother Marvin as someone who always had a problem with authority; and her father, a strict disciplinarian, had the ability to be very funny when telling jokes. Throughout the book the two men can be seen as strong, clashing personalities painted on a canvass the color of disaster. It is a very complicated relationship; with all the psychological drama and abusive behaviors that many families know all too well. 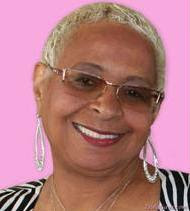 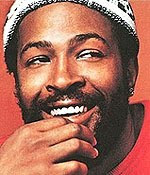 Though Zeola says there is still so much that was left out of the book, in the event she decides to do lectures and Q & A’s in the future, the memoir still packs a mean punch. There are accusations from Marvin Sr., to his wife Alberta of “inappropriate” behavior with her son Marvin, Jr. (this would later be blamed on a brain tumor); and tales detailing the escapades surrounding Zeola and Marvin’s rampant drug use while on tour. As a constant member of Marvin’s entourage, and backup performer of some of his music, Zee recalls how drugs awaited them at every venue and hotel stop in one chapter of the book referenced below.

“In one small, southern town when we arrived at the hotel we had a message to go down to the laundry room, and ask for a certain person. Rob and I went down to this dimly lit, creepy laundry room and asked for the person. Sure enough, the guy in the laundry room asked if we were there to pick up a package. We said ‘Yes’ and he handed us a brown paper sack, inside of which was a plastic bag filled with cocaine.”

“You were pretty honest about your addiction in the book,” asserts Lee Bailey. “How difficult was it to name names?” Zeola laughs,

“I know. That was pretty gutsy wasn’t it? When I was talking into my tapes…there was no other way to do this than being totally honest and calling names. I didn’t tell a lie on anybody or I wouldn’t have put it in the book. Everything actually happened. I know it for a fact.”

Knowing that this book, which has a foreword written by Cindy and Carlos Santana, will not make a lot of people happy, Zeola says she is not about to apologize … because this was her life. She goes on to say that, one thing she did not put in the book is a “list of names” that Marvin had made of people who he knew did not have his best interests at heart. 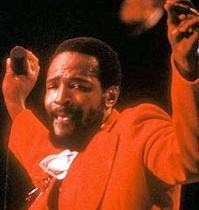 “A lot of people who think they knew Marvin, and felt that Marvin loved them, and they loved him, would be totally surprised [that] their name is on this list.”

Angie Gaye, Zeola’s niece and the editor of the book, is said to be the one that encouraged her aunt not to include the actual list. Here, she explains her decision.

“I …thought that maybe it would be a little too inflammatory. I also thought it was …unnecessary because, he had his reasons; we don’t know what those reasons were, and he is not here to explain them.”

Angie goes on to say that if these people, who are very high profile, knew their names were on the list “They would die.” Zeola interjects, reiterating that the list is in Marvin’s own handwriting before the three of them (including Bailey) share a laugh about the list being a valuable collector’s item.

In all it’s jumping around, readers will find that the book is juicy in its revelations. Zeola and her editor say it has gone through revisions; and credits the feedback received from EURweb publisher, Lee Bailey, who got the book in August. Readers will be flies-on-the-wall for the scandalous behind-the-scenes activities of Marvin Gaye during the creation of some of his most prolific music; and will hear stories of him watching his first wife, Anna Gordy, have sex with other men when he was high on marijuana. Vivid details are also provided about claims of extramarital relationships between second wife, Jan Gaye, with singers Teddy Pendergrass and Rick James. In detailing the relationship Marvin had with Jan Gaye, the mother of his children, we learn the lengths Jan (and her mother) went through to keep Marvin away from his kids: including a savage beating by police and Zeola’s suspicions that Jan was the culprit behind Marvin’s alleged poisoning incident.

These examples only scratch the surface.