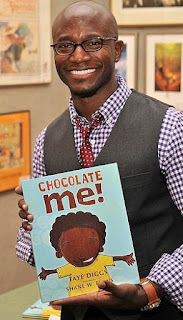 Actor Taye Diggs is trying his hand a very different trade -- writing children's books -- with his new book Chocolate Me.

The story has actually been in the works more than 20 years, and is based on a poem that Diggs wrote in college about being made fun of as a young child because he looked different than the rest of the kids in the neighborhood. "They noticed all of my differences and kind of questioned them," Diggs says of his childhood peers. "I went to my mother and cried and asked why I looked the way I looked. She gave me my first lesson in self-esteem and embracing my differences and self-love. And I remembered that moment."

It just so happens that Diggs' close friend Shane Evans is a children's book illustrator, so the two teamed up to turn the poem into the story Chocolate Me to serve as a lesson to kids in accepting who they are. "I never really fancied myself an author. I still kind of don't, but this was something that came from the heart and from real life experiences, and it's kind of a cool feeling to know that you're helping people," he says. 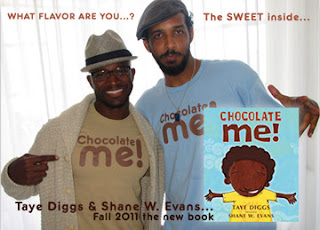 The bonus part of penning a kids' book? Reading it to your own kid. Diggs is dad to 2-year-old Walker, the little guy responsible for changing his life. 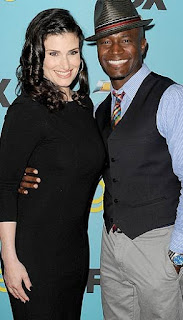 And while the sleep deprivation that comes along with parenthood has been a bit of a change, Diggs admits getting used to being a parent hasn't been all that challenging. Though his wife of nearly nine years, Broadway star Idina Menzel (Glee), might have a different opinion. "What the woman goes through after pregnancy and the breastfeeding, that's something I'll never know," he says. "But for me, I can't lie. It hasn't been that tough."

Diggs met Menzel back when the two were cast in "Rent" together in 1996. Fifteen years late, they make sure to squeeze in date nights alone a couple of times a week (a luxury frazzled parents everywhere are surely envious of), but they also treasure time together as a family.

"With a child, the thing you probably miss the most is time together, but we remind ourselves and celebrate the fact that because we have spent so much time together, we have created this amazing little boy," Diggs gushes. "So we let that bring us together. You can kind of make family time romantic time."

So what does the busy Mr. Diggs do when he actually has some alone time? Not surprisingly for a guy with such a killer bod, he spends it at the gym. No classes, no trainers, just him and an iPod.

"Because my schedule and because of the pressures of work and family, I kind of use that to provide me with my own sense of meditation," he says. "I like to put on my headphones, and that's just me time, where I can just focus on me, my breathing, and work some things out without having to deal with anybody else." 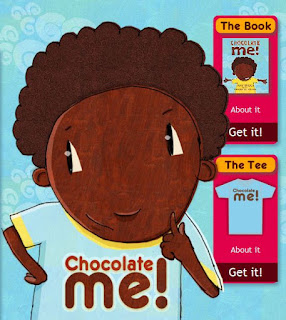