on December 06, 2011
A highly publicized interview for Wendy Williams with Tiny and T.I. went viral after she repeatedly nudged him to speak about his drug bust and prison stint. But Wendy was really irritated that things didn't go as well as she expected. 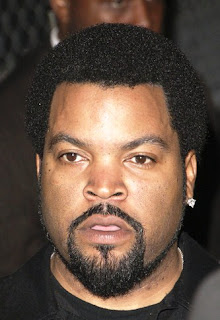 Ice Cube is looking to star in his first TV series.

The rapper-actor is making moves toward “Eye for an Eye,” a revenge drama in development at FX, according to The Hollywood Reporter.

Produced by Ice Cube’s Cube Vision with Jeff Kwatinetz’s Prospect Park, the actor would appear as a veteran paramedic who after years responding to violent scenes takes matters into his own hands and turns into a vigilante out for revenge.

Ice Cube would also executive produce along with Matt Alvarez, his partner at Cube Vision.

The fomer NWA member currently executive produces TBS’ “Are We There Yet” series, and next has the feature “21 Jump Street” due in theaters next year.

Prospect Park, which recently abandoned online plans for soap operas “One Life To Live” and “All My Children,” has been busy this development season, with a number of projects in the works at both broadcast and cable networks, including “GILF,” with Wilfred star Jason Gann, which is set up at FX. 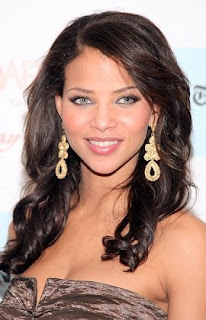 ‘All My Children’ Alum to Replace Stacey Dash in ‘Single Ladies’

Single Ladies” has found its replacement for Stacey Dash.

“All My Children” vet Denise Vasi will join the cast of VH1′s breakout hit series, the network announced this morning. Vasi will play Raquel, a businesswoman from a prominent Southern family.

“Denise is the perfect addition to the ‘Single Ladies’ cast,” executive producer Queen Latifah said. “She is bringing a fun, new element to the show.”

Dash announced her exit from the series in September.

Production on Season 2 begins in January; the series will return sometime in early summer. 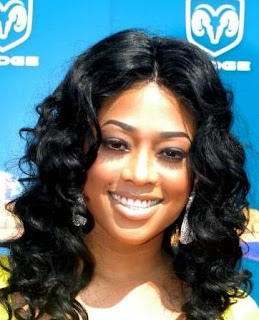 Video: ‘Love & Hip Hop’ to Spin Off with Vehicle for Trina?

Even before the second season kicked off, VH1 was considering a “Love & Hip Hop” spinoff staring Miami rapper Trina.

During an interview with Power 105.1’s “Breakfast Club,” she was asked about the rumors. She didn’t flat out deny anything but alluded to the idea.

“I’ve talked about it. I’m not sure yet,” she said. “I want to see how it goes. I just need to make sure that’s something I’d want to actually do. What’s it going to be?”

If she does get into the show, she already decided drama is not something she’s about to deal with.

“There’s not gonna be no fighting, throwing now drinks in Trina’s face,” she stated. “None of that. It’s not going down.”

If that doesn’t work out, Trina just might be a good candidate for her own reality show. And if that reality show was like, say, “I Love New York,” what would her response be? Watch the video below to find out.