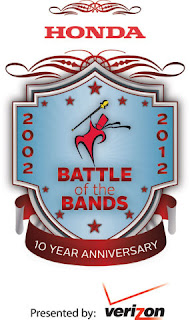 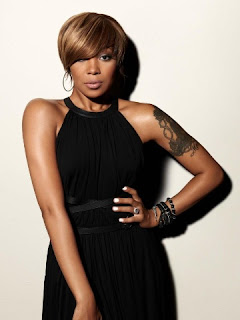 2012 Invitational Showcase A Must-See, As Award-Winning Hip-Hop Soul/R&B Singer Is Set To Perform With Eight Top HBCU Marching Bands At the Georgia Dome

The 2012 Honda Battle of the Bands Invitational Showcase, presented by Verizon, will welcome a special guest performer to share the spotlight alongside the nation’s top eight Historically Black College and University (HBCU) marching bands. Celebrated actress, and Grammy-winning singer-songwriter Monica is set to take the field at the Georgia Dome in Atlanta on January 28th, just before launching her seventh studio album, New Life [RCA Records] in February.

Monica, a Georgia native who won a Grammy Award in 1999 for her duet with label-mate Brandy, has achieved international acclaim and success with her music, and as the star of her own former reality show, “Monica: Still Standing” on the Black Entertainment Television network. As part of “The Homecoming,” the Honda Battle of the Bands theme for 2012, she’ll fittingly perform before a proud home crowd of more than 60,000 music fans. New Life’s debut single, “Anything (To Find You)” premiered in July of 2011 and reached no. 25 on the Billboard Hot R&B/Hip Hop chart. The follow-up track, "Until It's Gone" was released via Monica’s web site this past September.

The Honda Battle of the Bands (HBOB) Invitational Showcase is the largest and most highly anticipated music event of its kind. Widely known as “the Super Bowl for Black college bands,” the Showcase not only serves as a platform to highlight and celebrate the heritage and showmanship of HBCU marching bands, but also stands as the only national music scholarship program dedicated to supporting HBCU music education programs. The following HBCU marching bands have earned a $20,000 grant for their music education programs, and an all-expense-paid trip to share the stage with Monica at the 2012 Honda Battle of the Bands Invitational Showcase:

For more information about the Honda Battle of the Bands, please visit www.HondaBattleoftheBands.com. The Honda Battle of the Bands website is the sole online destination and clearing house for all HBOB information, updates, polling status, photos and video footage, and is a one-stop resource for all questions about the program. Fans are encouraged to also follow the Honda Battle of the Bands on Twitter (@the_honda) and to become a fan of the HBOB Facebook page, where they can share memories, photos and engage in trivia, and get updates on the 2012 program. Group and individual tickets for the show are still available, but are moving quickly and can be purchased for just $10 and $12 at the Georgia Dome Box Office, via www.Ticketmaster.com or www.HondaBattleoftheBands.com.