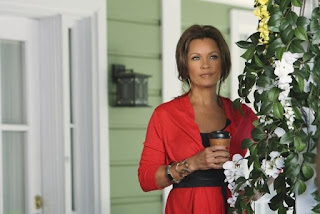 The death knell for ABC’s “Desperate Housewives” is starting to sound, with just several months left before the show airs its final episode ever.

Speculation about how the ladies of Wisteria Lane will bow out has already begun among fans, and even among cast members. Will the show end with big question marks, leaving room for a possible feature film? Will there be closure with the main characters? Is someone going to die?

“I think fans want the girls to survive,” said co-star Vanessa Williams, who joined the show in 2010 as Renee Perry. “I mean no matter what catastrophe happens, the women need to survive. I think the fans would go crazy if that didn’t happen.”

The actresses have had to carry out some wild story lines throughout the show’s eight seasons. Williams – a multiple Grammy, Emmy and Tony nominee who’s been in the game since the early 80s – says some of those “Housewives” plots have even allowed her to experience a few career firsts.

“I’ve never pushed anyone in a sex swing, which I got the lovely opportunity to do with Bree,” said the actress.

In the audio below, Williams tells us why she believes “Desperate Housewives” has changed television, and that she had been eyeing a part on the series since its 2004 premiere.