A New Look for Two of Hollywood's Leading Ladies 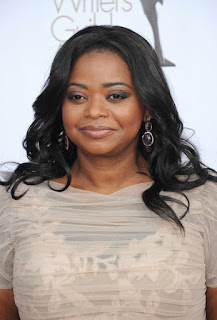 On the big screen, Octavia Spencer can do no wrong. She's been burning up the red carpet in 2011/2012 and now she's taking it up a notch...with a breast lift. In her interview with PARADE magazine, Octavia dished on what she plans to gift herself with.

PARADE: Have you gotten yourself a splurge gift?
Octavia: “Well, I am going to get my boobs lifted. That's going to be my first gift. I'm going to do that. I figured going into my forties I want my boobs where they were when I was 17.”

PARADE: Are you doing that pre- or post-Oscars?
Octavia: “Oh definitely post because right after the Oscars I start a Diablo Cody movie. We're taping out of the country for four months so I wouldn't be back here until about August. So I would want to do this around November. Then that way I could just relax until January.” 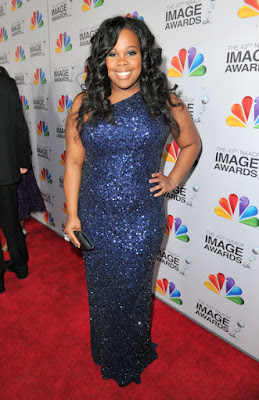 On the small screen, who could miss the powerhouse voice and presence of GLEE's starlette Amber Riley? Well, we've noticibly seen less and less of her lately. The starlette dishes that she's dropped two full dress sizes since last summer.

Photos of her at the NAACP Image Awards on Feb. 17, show a little less of the actress than before.

“I dropped two dress sizes!” she told People, about her new, slimmer figure – the result of a diet and exercise plan she has been following since last summer.

She cut out fast foods and “decided I was going to make a change and eat healthier.”

The actress started her regimen in July, after she was forced to see a doctor due to chronic stomach pains.

Riley says the costume department on set has had to tailor a lot of her pants and dresses to accommodate her slimmer frame. They’ve also had to buy “a lot of new clothes for me.” Great problem to have.

Even before losing weight, the Los Angeles-born actress considered herself a confident woman. “I’ve always been comfortable with my size,” says Riley. “I just decided it was time to get healthy.”