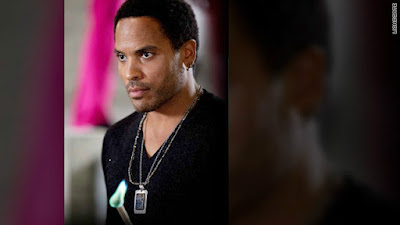 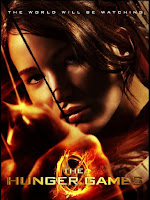 While some fans of "The Hunger Games" have arrived at the conclusion that heroine Katniss Everdeen's stylist, Cinna, is gay, the guy who plays him on screen, Lenny Kravitz, says the theory never crossed his mind.

"That was an actual answer," Kravitz continues. "I’ve never brought that up yet. That’s how they perceived it. So I thought about it, and I read the book and I don’t see that he is or isn’t [gay]. He’s a designer, he’s a stylist, he has gold eyeliner - that doesn’t mean anything either way.”

Elizabeth Banks, who plays Effie Trinket in the film, thinks that Suzanne Collins' Capitol dwellers are likely more into "pansexuality...[with] everybody doing everybody," but regardless, Kravitz says he did draw inspiration for his character from a bisexual friend of his.

"I actually have a friend who is a dancer who is bisexual, and he was a lot of inspiration for my speech pattern and my rhythm, and kind of the way I sauntered in and out."

"She can be dismissed as a buffoon or a clown," Banks explains. "She absolutely is those things, but I wanted to make sure you understood that she is a representative of the Capitol and all that the Capitol stands for. And the Capitol is a dark place. And she drank the kool-aid."