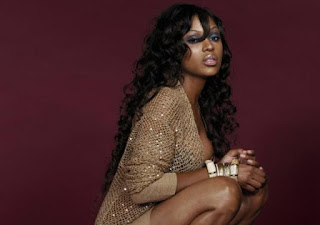 If you've been having Megan Good withdrawals, here's a fix for you. Megan secured a ongoing LEAD role in the upcoming NBC drama pilot Notorious.

Written by Liz Heldens, Notorious is described as an opulent soap in which detective Joanna Locasto (Good) returns undercover to the wealthy and troubled Lawson family she grew up in — as the housekeeper’s daughter — to solve the murder of celebutante Vivian Lawson, who was once her closest friend.

Good, reppped by Gersh and Untitled, is also doing a season-long arc on Showtime’s Californication and is also featured in the much anticipated movie Think Like A Man coming out April 20.