Jerry Ferrara Talks Think Like A Man...and being a slacker boyfriend 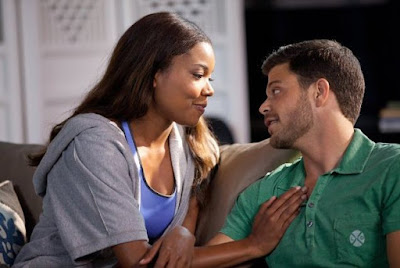 During an exclusive phone interview with Collider, actor Jerry Ferrara talked about what drew him to Think Like A Man, how he could relate to playing the slacker, that there’s something for everyone in the film, and how much improvising went on during shooting.

Collider: What drew you to Think Like A Man? Was it the story, was it your character, in particular, or was it this ensemble?

JERRY FERRARA: At the risk of sounding obvious, it is definitely a combination of those things. It always starts with the story and the script. I read it and, in my opinion, I thought it was different than most traditional romantic comedies. I loved the ensemble element. And then, there was the constant back and forth, where you would get the man’s point of view, and then you would jump into the woman’s point of view. It was a good observation on how you could take one issue for a couple, and how the man views it and how the woman views it are completely different. If they just communicated a little better, they would be on the same page. But, everyone struggles with communicating, whether it’s their own insecurity or whatever, even with someone you’ve been with for years. And then, I loved when Tim Story, the director, came on to direct it. I’ve always respected his work. It just went from there. Kevin Hart, Michael Ealy, Gabrielle Union and Taraji Henson are all very, very talented people. I’d be a fool not to take this opportunity. It was a different kind of role than anything I’ve really gotten the chance to do. 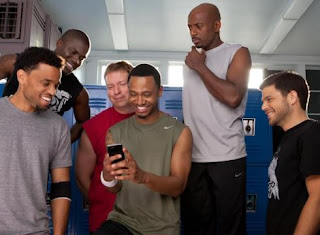 When you’re playing a character who’s described as “the slacker,” do you see him that way, or do you find the ways that you can relate to him?

FERRARA: I can definitely relate to slacking. I have been a slacker. I’m still a slacker, in a lot of ways. I’m not necessarily as advanced in slacking as this particular character was, but the greatest thing about slackers is that they’re the only ones who don’t know they’re a slacker. I approached Entourage in that regard, too. With this, it wasn’t so much that he knew he was a slacker. He liked the way things were and he didn’t want to change, which is his own fear of having to grow up. It was kind of like Peter Pan syndrome. He wanted to stay a kid forever, and the bottom line is that you can’t.

Had you been familiar with Steve Harvey’s best-selling book, prior to doing this?

FERRARA: I had heard of the book before the movie came around, but I did not read it. I chalked it up to an advice book for women, on dating men, so I really didn’t see the point for me to read it. I also was very curious when I heard there was a script for it. I wondered, “How do you take an advice/self-help book and make it into a movie?” That got my attention right away. I was curious. It’s not that I wasn’t optimistic, or I thought the script was going to be bad, I just couldn’t really grasp how they were going to make it a movie. And then, I read the script and was like, “Okay, that’s how!” They did it. They broke down certain parts of the book and basically took all of the advice and rules that Steve Harvey had and put them right in there. It worked, for me. 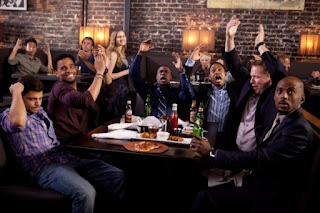 Was it important to you that this was a universal story that everyone could relate to and wasn’t really specific to any one race, class or culture?

FERRARA: Yeah, I think that’s some of the things the movie does best. To me, it does a lot of things really well. A lot of people have asked about Gabrielle and I, the interracial relationship and whether that was an issue, but I hadn’t even thought about it like that. Nowhere in the script was it like, “Jeremy, 30s, white.” There was never anything about race. Also, there are so many different variations of different kinds of relationships. Each storyline is a part of the book. Everyone has a chance to relate to that. If you’re a woman and you don’t relate to the non-commiter, that I play, maybe you relate to dealing with the player that Romany [Malco] plays. There’s enough in there that everyone will find a common ground.

How much of what’s in the film was on the page and how much of it came from you guys improvising?

FERRARA: There were some great improvs. Anytime you have a cast like this, with Kevin Hart, who is one of the funniest people walking the face of the earth, why would you just say, “Hey, stick to the lines in the script. If you have any ideas, we’re not open to that.” The guy has been succeeding on such a high level, comedically. That being said, the script was really funny. It wasn’t like, “Hey, let’s just improv this whole scene.” The script was really, really well written. David [Newman] did a great job. We stuck to the page, but if we saw an opportunity for something, Tim Story would let us have a free take or two to play around, after we laid one down, as is. Some of the stuff was great and made it in, and some of the stuff maybe was better as scripted.

When you look back at your time on Entourage, what did being a part of that show and working with that cast and crew really teach you about the craft of acting and yourself, as an actor?