NOW PLAYING: WOMAN THOU ART LOOSED: ON THE 7TH DAY 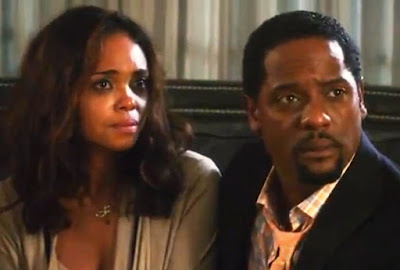 Blair Underwood and Sharon Leal tiptoe into movie theaters this weekend in the latest T.D. Jakes production, “Woman Thou Art Loosed: On the 7th Day.”

Not to be confused with Jakes’ 2004 film “Woman Thou Art Loosed,” this faith-based psychological thriller has Underwood and Leal as a married couple in New Orleans (David and Kari Ames) who appear to live the perfect lives until their six-year-old daughter is kidnapped. They believe she was abducted by a religious serial killer who symbolically murders his victims on the seventh day of captivity. As David and Kari race against time to find their child, they start to uncover devastating secrets about each other that threaten to destroy their relationship, not to mention life as they know it. 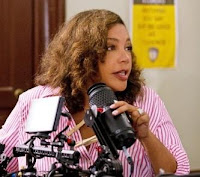 Director Neema Barnette, who was also called upon to punch up the original script from screenwriter Cory Tynan, said the villain was originally written as a pedophile, and it was her decision to make him as a Bible thumper.

“I did some extensive research on these types of killers, and quite a few of them use the Bible and God as a reason for them doing what they’re doing,” Barnette told reporters in a conference call. “I thought it would be more interesting to show the bad guy using the same format – God and the Bible – as what Bishop Jakes’ platform is; to show how religion can do so much good for people and also how people distort it.”

[Listen to Sharon Leal talk more about her character Kari under the trailer below.] 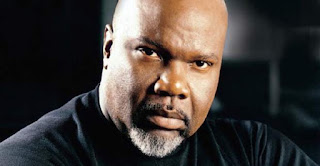 Below, Barnette explains to EURweb’s Lee Bailey how she was able to get away with including a few choice curse words in a film that’s marketed as faith-based. Plus, she recalls an early pre-production meeting in which it was made clear that the film was NOT meant to “preach to people.”