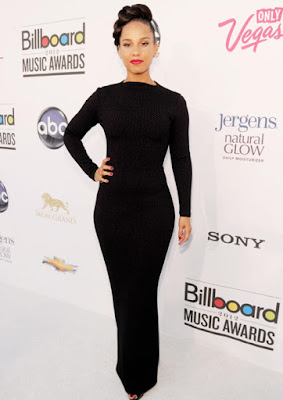 If you want to catch a great show headlined by Alicia Keys herself, you'll need to book a trip to Curacao!
She was listed as the final headliner during the highly-anticipated third annual Curaçao North Sea Jazz Festival, kicking off in Curaçao over Labor Day Weekend, August 31-September 1, 2012. Keys joins an incredible line-up of performers, including Santana, Maná and Ruben Bladés, among numerous others.
“We are excited to have such an acclaimed artist, Alicia Keys, join our reputable line up of performers,” says Curaçao Tourist Board CEO Ghatim Kabbara. “Travelers from all over the world will be joining us for the concert festival of the year, heightening awareness of Curaçao as the hottest destination for music in the Caribbean.”

In the week before the Festival, concerts are held on various locations on the island including the popular party spot, Mambo Beach. Travelers heading down to Curaçao for the Festival can expect lively pop-up concerts and events by local Curaçaoän performers during the full week prior to the Festival.