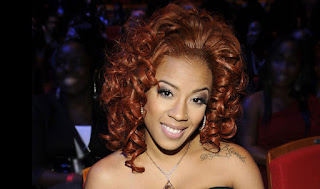 We haven't seen Keyshia in some time now and instead of introducing a new album as we would expect from her, she's coming out with another reality show called Family First. So, do we care about this or do we just want her to put out an album?

According to Singersroom.com, Keyshia is once again allowing fans (what's left of them) a couch view of  her life with the reality show Keyshia Cole: Family First (working title) set to premier this fall on BET. The series will feature only six episodes, and document her life as a businesswoman, mother, and wife to NBA player Daniel “Boobie” Gibson. Out of the spotlight for a few years, viewers will see get to see candid and vulnerable moments in the singer’s life.