Sherri Shepherd Takes on Cyber Bully Who Wants Her Raped 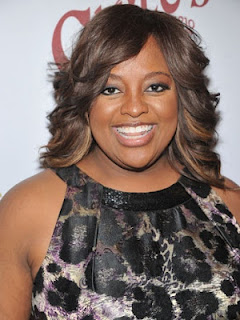 Sherri Shepherd clearly a woman who isn't afraid to stand up for herself and  proved it recently by filing a police report against a Twitter follower who crossed a line.

On Wednesday, Sherri received a tweet from @DaCloneKiller, which said, "Somebody should drag u in a back alley and rape you."

Sherri retweeted the tweet, saying "WHO DO I REPORT THIS TWEET TO? THIS IS A THREAT & I'M PISSED," and then again, adding "I'M FILING A POLICE REPORT. SO TELL ME NOW WHAT SHOULD BE DONE W ME."

It sounds like she went through with contacting the police, tweeting later in the day, "Just returned from filing a police report for this online harrassment nonsense. I will be pursuing this legally." She added that "The police said @Twitter has to be subpoenaed for release of @DaCloneKiller's information. I will be pursuing this."

She explained, "This type of bullying is one of the reasons children are killing themselves b/c there's no consequences for the bully(s)."

There hasn't been an update on what's going on with the case, though earlier today she tweeted, "I'd appreciate @DaCloneKiller if you would stop sending me annoying, negative and harmful tweets. God Bless you." @DaCloneKiller also tweeted about needing a public defender, though it is unclear how serious he or she was being.

Sherri can definitely count on one person's moral support if this goes forward: DWTS's Maksim Chmerkovskiy. Maks tweeted a story about the case, saying "HELL YE!‪#StopCyberBullying‬."