ONE Musicfest...Three Is A Charm 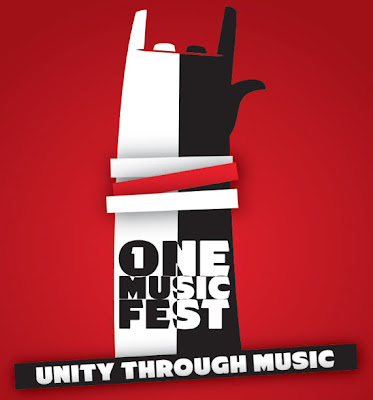 On the cusp of its third year in Atlanta, ONE MuiscFest is one of the most anticipated concert series to hit Atlanta with and sell tickets without the bill completely set! So what are you getting? A full day of music, food and retailers.

Santigold, Big KRIT, Marsha Ambrosius, Eric Roberson and legends of Hip-Hop, Big Daddy Kane, Slick Rick, Dougie Fresh, and MC Lyte. Santi White, better known by her stage name Santigold, recently released her second album - Master of My Make-Believe and will join ONE MusicFest for her first ever performance in Atlanta. And there's more! Additional acts will be announced in the coming weeks.

The all day outdoor concert will feature live performances by a diverse group of performers at the Masquerade Music Park.  Across the street at the Historic Fourth Ward Park, ONE Musicfest participants will enjoy nationally and internationally renown DJs, a specialty food truck park, vending from local businesses, Live Art, VIP tents and interactive gaming. This year's ONE MusicFest non-profit partner is Yo Boulevard. Atlanta City Councilman Kwanza Hall declared 2012 the “Year of Boulevard,” committing to revitalize and re-inspire this once dynamic intown Atlanta neighborhood. ONE MusicFest will take place Labor Day Weekend on Saturday, September 1, 2012, can be purchased at select retailers and online at http://onemusicfest.com/tickets.html.

With the diverse musical and cultural appetites within a city rich in a history of great musical tradition, ONE Musicfest pledges to provide an environment that truly caters to the genre bending palette. ONE Musicfest will take place Labor Day Weekend on Saturday, September 1, 2012.  Tickets can be purchased at select retailers and online at http://onemusicfest.com. 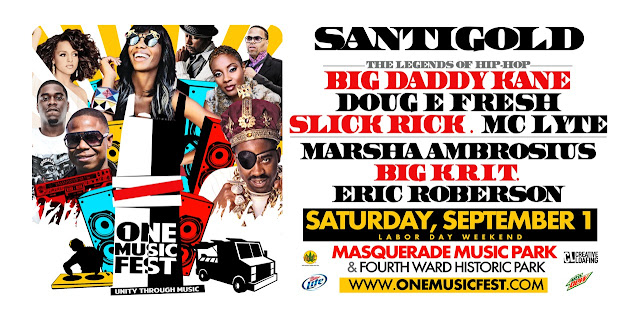