Ray Lavender With a Splash of Tequila

What I got when I walked into the room was a big smile and hugs from Ray Lavender and his manager Drew. Is that rare? Hell yes. But I'm not surprised with this duo. Just twenty-four hours earlier they played host to a group of media and Ray Lavender supporters to listen to his new joint 'Tequila' at Diamonds, Atlanta's hottest gentleman's' club. If you didn't know him, you would have thought he was the host and not the man of the hour.

I'd like to think its just me, but the warm welcoming feeling and clean honesty that I got from Ray was the meeting of two people from the same place and an understanding of where he came from. Growing up in Monroe, Louisiana doesn't offer the guarantee of accessibility to many of life's dreams and ambitions, but in Ray's case it set a solid foundation of love and support of family and friends.

“In my family they call me 'Mane' and I'm like the superstar in my family. I go to my family reunions and they still make me sing. My uncle always say 'Mane! Do that Sam Cooke A Change Gone Come! Then my cousins say nah, nah Mane! Do that R. Kelly mix you do. So I do a mix of R. Kelly. My peers and my family were my first fans and knew I was gonna blow up and now when I go back they say 'I told you Mane! I told you.”

With the growing popularity of 'Tequila', Ray insists the Caribbean and Calypso infused party song was spawn from the vibe of a club night out. “I was in a club called Harlem Nights and saw how people were reacting when drinks were being delivered with sparklers shooting from the bottle. The vibe was hot and people were dancing and having a good time. So we took that back to the studio and that's what you get with tequila.”

What is Ray Lavender's drink of choice? Don Julio tequila with a splash of cranberry but admits he's only a social drinker and prefers to keep a level head. He goes on to say he has Indian blood in him so he can't hold his liquor very well. Funny.

A can't miss on the upcoming album is the Ray and Tank mash up on 'Your Body'. As he tells it, “we went in! Tank is extra-ordinary when it comes to making records....My label asked me if there was any R&B artist I could work with, who would it be and I said Tank. The next day I was in the studio working with Tank!..he is extra-ordinary when it comes to making records.


You love me this way, and I love you that way
It’s alright!
Just as long as we’re loving each other
Without you I’d be so inferior!
Besides, I need you in my life
Cause we love baby, we love baby

In speaking of matters of the heart, Ray is never too shy to share even when he's been hurt. So I gave him the floor to speak to the fans: 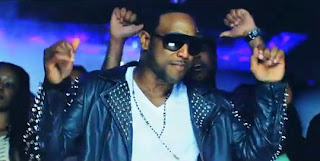 “It can feel so good when you both love each other. It's like no other feeling. But there's a catch 22 to love. Because love can eat you up. It can have you losing weight... It can hurt so bad when the other one aint loving you like you love them...and I know somebody is reading this like 'Damn, he said that!”...Love is so powerful that you don't want to be in it cause the last time hurt so bad when it didn't work out the way they wanted it to....

Me and this girl was talking and I thought she was the one. One day I'm sitting in the car with my homeboy and she calls him!... He was dating the same girl I was dating! Me and Kyle was at the Gwinnett Mall and he was like, 'yeah I think I'm in love with this one.'... Man I was eating my Checkers burger and I lost my appetite. I couldn't eat. I know it sound like the R. Kelly/Usher song 'Same Girl' but this wasn't no damn twin...I had to let that go. You wanna let the world know you in love, but the world done had your girl...”

I'm putting my stamp of approval the Ray Lavender project. It comes natural for him and that's not mixed or mastered in the studio.