Will Smith to Produce tale of Cain and Abel 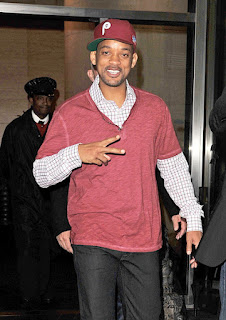 A story as old as the Old Testament, Will Smith is looking to make his directorial debut on a film about the biblical story of Cain and Abel.

The project is in development at Sony and is being produced by Smith’s Overbrook Entertainment.
According to Deadline, the script has been in Smith’s sights for some time and has gone under the working title of “The Redemption of Cain.”

Sources have confirmed that it’s now being developed as directing vehicle for Smith, who’ll likely star in the movie as well.

“Cain” isn’t the only biblical project on the horizon in Hollywood. Director Darren Aronofsky starts production with Russell Crowe on “Noah,” and both Steven Spielberg and Ridley Scott have “Moses” projects in development.