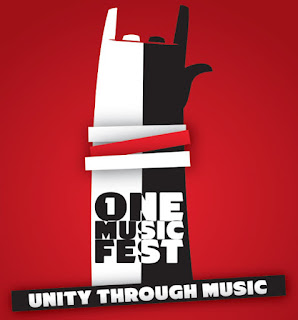 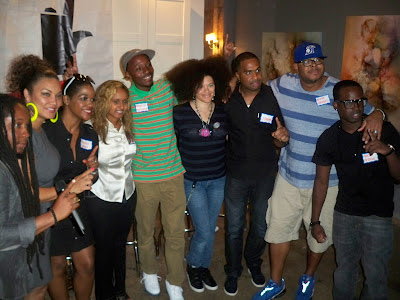 Before the evening got kicked off, we were treated to sounds by Kameron Corvet.

Atlanta City Councilman Kwanza Hall held the attention of everyone in the room when he introduced the city's new initiative YO Boulevard (Year Of Boulevard). Hall boldly declared 2012 the “Year of Boulevard.” His ambitious agenda for turning Atlanta's Boulevard corridor around includes crime prevention, job training, education reform, economic development and summer youth programs.
Egypt introduced the theme for the evening "The State of the Atlanta Music Scene" and the room fully engaged. Needless to say, the evening was a sucess and the purpose of One Musicfest to bring together new musicians and established artists from varying musical genres all in one day was clearly on display. One Musicfest 2012 will be held on Labor Day weekend (Saturday, September 1st) at Masquerade Music Park and Fourth Ward Historic Park.

See you at the concert.