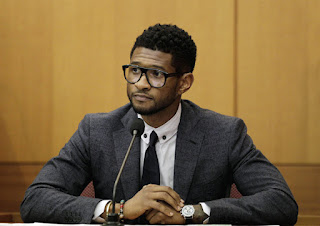 In the wake of a tragic loss with the death of Ushers stepson Kile, the wind seems to blowing Ushers way. This past Friday the singer was awarded primary physical custody of his two sons Usher V and Naviyd, ending an ugly long legal fight with his ex-wife Tameka Foster Raymond.


Fulton County Superior Court Judge Bensonetta Tipton Lane ruled that the singer, will have primary custody of the singers' two biological children with Tameka. According to Cherrise Boone, spokeswoman for the court clerk's office. Usher will be awarded custody beginning September 1st.

In May, Usher testified that Tameka Raymond spit at and tried to fight with his girlfriend during one visit and that his ex-wife hit him during the dispute. He said he didn't press charges because: "I didn't want the boys to know that their father put their mother in jail," he said.