Oprah, Chris Rock to Pitch Hit During Robin Roberts Medical Leave Along with Others

on September 04, 2012
In the wake of Robin Roberts departing “Good Morning America” for an extended medical leave, she's leaving her spot in good hands with already stellar co-anchors. But before Robin bid adeu, she assured her seat would be warmed by those who knows the anchor chair as welll as she, someone who would bring as much class and intelligence to the morning news, and add the humor she's loved for. .“GMA” announced that a headline-making roster of stars will pitch in to keep the show’s momentum going, including Oprah Winfrey, Kelly Ripa, Chris Rock, Rob Lowe and the cast of ABC’s “Modern Family.” There will also be surprise guests during Roberts’ leave.

Roberts told viewers in July that she had been diagnosed with MDS, or, myelodysplastic syndrome, a rare blood disorder.  She was scheduled to begin an extended medical leave in preparation for a bone marrow transplant on Friday but moved the date to Thursday in order to fly home to Mississippi to be with her ailing mother, Lucimarian, and her family in the hurricane zone. She died later that evening.

"There's a point that really resonates with me when I think about this time of my life. Life provides losses and heartbreak for all of us, but the greatest tragedy is to have the experience and miss the meaning," Roberts said Thursday. "I am determined not to miss that meaning, because through it I have discovered that I have been given many gifts, gifts that will carry me through this difficult time." 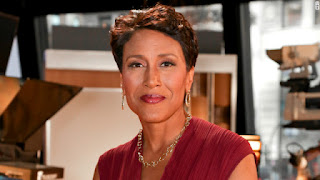 She'll be back to the show soon, she said.