Ja Rule is Out of Prison...for now 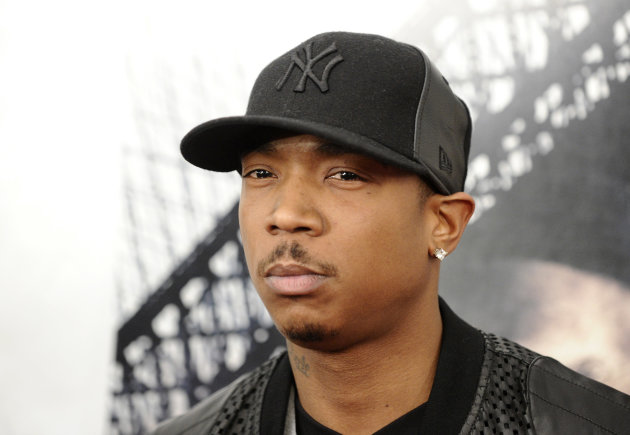 Ja Rule is OUT!


The rapper  left an upstate New York prison this morning after serving most of his two-year sentence for illegal gun possession and headed straight into federal custody in a tax case.
U.S. Marshals escorted the 36-year-old musician out of Mid-State Correctional Facility at 9:30 a.m. He was being held at the Oneida County Jail in central New York as he awaited word from the Federal Bureau of Prisons about where he'll serve time in the tax case.
The rapper, who had been in protective custody because of his celebrity, has some time remaining on a 28-month sentence for tax evasion that ran concurrently.
Ja Rule, whose real name is Jeffrey Atkins, may have less than six months left and may be eligible for a halfway house, defense attorney Stacey Richman said. Back taxes are one of the main reasons he wants to get back to work, she said..
Ja Rule, who went to the prison in Marcy in June 2011, got out at his earliest release date, state correction spokeswoman Linda Foglia said. He had two misbehavior reports for unauthorized phone calls in February 2012 and had work assignments on lawn and grounds crews and participated in education programs, she said.
In the gun case, New York City police said they found a loaded .40-caliber semi-automatic gun in a rear door of Ja Rule's $250,000 luxury car after it was stopped for speeding. He pleaded guilty in 2010.
In March 2011 he admitted in federal court that he failed to pay taxes on more than $3 million he earned between 2004 and 2006 while he lived in Saddle River, N.J.
"I in no way attempted to deceive the government or do anything illegal," he told the judge. "I was a young man who made a lot of money — I'm getting a little choked up — I didn't know how to deal with these finances, and I didn't have people to guide me, so I made mistakes." ~Ja Rule
Damzel Damzelindistress Ja Rule Melissa Stewart Murder Inc. Prison

Anonymous said…
Tennis balls, wiffle balls, ping pong balls,
and golf balls can also be used. Each program
will have a box with a checkmark, find the
programs you'd like to uninstall and uncheck that box. Each child is given 30 seconds to race to the pile and make as many matches as possible before time runs out.

Anonymous said…
I don't know whether it's just me or if perhaps everyone else experiencing problems with your website.
It seems like some of the text in your posts are running off the
screen. Can someone else please comment and let me know if this is happening to
them as well? This might be a issue with my browser because I've had this happen before. Cheers

Anonymous said…
Tomb Raider, Mega Moolah, Mermaid's Millions, and Blackjack are some of the new Android game apps that have been released from Microgaming's partner, Spin 3.
Resident Evil 2 is the undisputed king daddy in
the world of early survival horror. Each child is given
30 seconds to race to the pile and make as many matches as possible before time runs out.