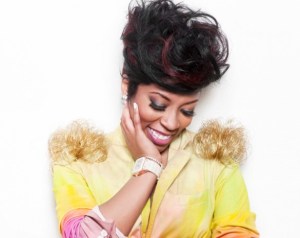 So, I never took Keyshia Cole to be a hater or one who would outwardly bash another artist. I was wrong.

I guess if you're not on top and don't live in a glass house, one shouldn't throw stones, jabs or stinging remarks like the one she took at Michelle Williams. Apparently Keyshia wasn't impressed with Michelle's contribution to the Destiny's Child Super Bowl debut and took to twitter to vent.

Of course, Cole couldn't have imagined that the DC fans were going to stand for that and she was quickly reminded of all her flaws and imperfections including having a drug fiend for a mother.

I guess Keyshia can show her how its done when she performs at the Super Bowl. Or if.