Halle Is In As Storm In Upcoming X-Men: Days of Future Past 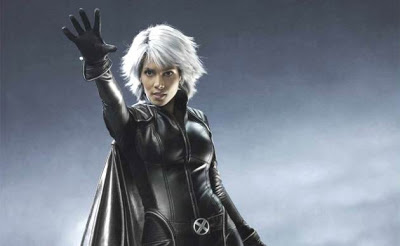 We've all been waiting and waiting to find out it Halle would reprise her role as Storm in the upcoming Marvel movie 'X-Men: Days of Future Past'. She recently confirmed to Access Hollywood that indeed she would.
"I'm in. I think I'm in," is what she's quoted as telling Laura Saltman of Access Hollywood.
It's easy to see why she'd want in. She has said many times that Storm is one of her favorite parts ever played. "I love Storm. That's one of my favorite characters that I've played. And people love that character as well."
Storm is known favorably as the cloudy-eyed, weather and climate controlling mutant.