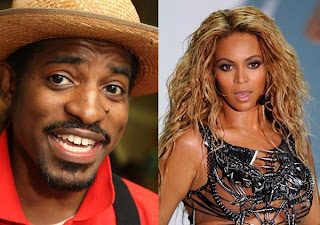 The last time we saw Bey and Andre 3000 collaborate was on the "4" album single Party.

Beyonce is reportedly teaming up with Andre 3000 again to record a popular Amy Winehouse track for the soundtrack to Baz Luhrmann’s upcoming big screen adaptation of “The Great Gatsby,” starring Leonardo DiCaprio.

The two are said to be covering the late singer’s 2007 hit “Back to Black” for the movie soundtrack that Beyonce’s husband Jay Z is overseeing. Notably, Jay Z was an early fan of the late singer as well and spoke publicly about his respect for her music.

"The Great Gatsby" is due in theaters next month

Watch the video for Winehouse’s “Back to Black” below.