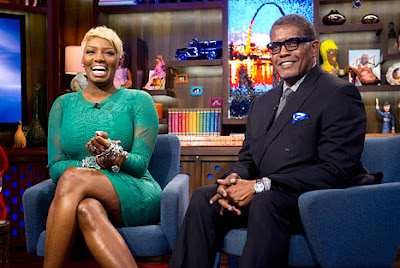 NeNe and ex-husband Greg are now engaged! To one another....again! So, for a second time Gregg Leakes will take Nene in holy matrimony but the whole thing willl be for all the world to see on Nene's new Bravo spin-off show,  "I Dream of Nene: The Wedding" (working title).

"The Leakes are ready to tie the knot once again in an extravagant wedding fit for a larger-than-life personality like NeNe," Bravo said in a statement describing the series. 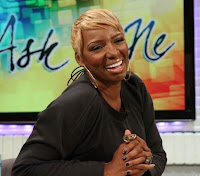 What can one expect from another reality wedding? I don't think it'll be royal-esque and considering Nene and her style it should be nothing short of a wild and fun trip down the aisle with NeNe. They've also enlisted the talents of celebrity wedding planner Tiffany Cook.


We expect their to be a bit of drama. OK  a lot of drama. Nene is one who doesn't forget her friends, no matter how controversial. That being said, Nene's rumored to have recruited "The Real Housewives of Atlanta's" Cynthia Bailey and Marlo Hampton (who briefly appeared on the Bravo series) to be part of her bridal party. Bravo also teased that "'Housewives galore and the Hollywood elite" will be in attendance for NeNe and Gregg's big day.
"I Dream of Nene: The Wedding" tackles more than just the wedding. Nene is closing a lot of gaps and mending fences in her life.  In addition to planning her big day, she will also repair the strained relationship with Gregg's children and reunite with her father figure Curtis during the series.
On Twitter, NeNe wrote, "Greg & I hope 2 inspire others 2 save their marriage."
"I Dream of Nene: The Wedding" is slated to air on Bravo this fall. Hopefully this union will last longer than Kim Kardashian and Kris Humphries' 72-day union (btw, Kim and Kris are officially divorced as of today). This is after all their second time around.
Bravo Damzel Greg Leakes I Dream of Nene: The Wedding Melissa Stewart Nene Real Housewives of Atlanta RHOA