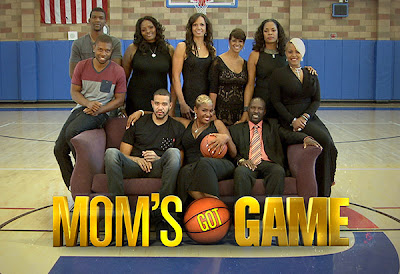 You've been under a rock if you haven't heard about "Mom's Got Game"!

'Mom's Got Game' is a new show on OWN that premieres this Saturday, Jan 18 at 10/9c. and is about the life of former WNBA star and Olympic gold medalist Pam McGee and her son Denver Nuggets center Javale McGee.

"Mom's Got Game" explores the dynamic relationship between former WNBA basketball star Pamela McGee and her 25-year-old son, Denver Nuggets center, JaVale McGee. Famous for being domineering on and off the court, Pam is not only JaVale's mom, she's also his business manager, working to build an empire while trying to keep a tight rein on the glitz and girls that come with the life of an NBA star. Meanwhile, Pam is managing her own life, which consists of her equally fabulous single girlfriends who also have sons coming up in the league. Like Pam, they are single mothers raising their sons while dating and chasing their own ambitions, and when she needs someone to laugh with or a shoulder to cry on, she turns to her girls. With her hectic schedule, Pam relies on her "manny", Jay, to get things done. She trusts him to oversee her home and her life, but while her friends think there could be a love connection, Pam and Jay deny it - even if they fight like a married couple. Like any good mother, Pam is a force to be reckoned with. After all, she is basketball royalty herself. They may be crazy, loud and a little wild, but family's what it's all about for the McGees and their friends. They make each other laugh and they make each other cry, but they have mad love for each other.
Tune in this Saturday at 10/9c on OWN to see 'Mom's Got Game'!
Denver Nuggets Javale McGee Mom's Got Game NBA OWN Pam McGee WNBA