Same Time Next Year is Grown and Sexy

on July 17, 2014
So a man spots a woman across the room and a quarter of a century later they share a love like no other.

Once a year, George pays homage to the first accounting client he’s ever had by traveling across the country just do his books. Doris isn’t invited to celebrate her mother-in-laws’ birthday so she goes on a Catholic retreat during this time each year. But a look and a smile finds the two entangled in what becomes a guilt-filled one night stand that happen the same time every year.

Kenny Leon and Phylicia Rashad carry the two character production through a hi-low journey of over 25 years of one-off annual ‘steal aways’. Telling good and bad tales of theirs spouses allows them to get to know one another more and a peak into their worlds back home. Doris and George take us on a journey of their personal growth and maturity as they age.

The infidelity often takes a backseat to their lovemaking, heated debates and comedic. Eventually, we’re thrust back into ‘but you’re married still’ and ache for the disregarded spouse at home. 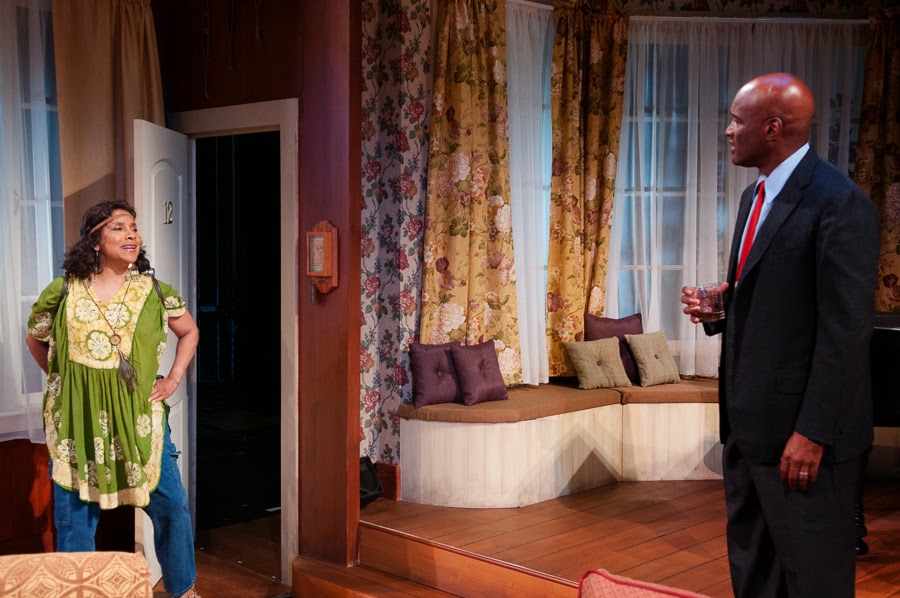 George is undeniably sexy. It’s no wonder Doris came back each year. The look in his eyes. The way he twists his lips. The way he stood when he wanted her. The reach in his arms was all a woman needed to fall to his prowess. Over and over the audience condoned their cheating. George had swag.

Doris was skittish, meek and innocent at first. Her vocabulary was limited and elementary. After the eye-opening one-off with George a whole new woman began to evolve. Over the years, she became educated, bold, outspoken, self-aware, political, business-savvy and sexually mature. Doris grew up.

Same Time Next Year was a well-told story made for a mature audience and I applaud the cast for bringing this country’s transition of social and political change into the four walls of a hotel room. This couple fell in love with one another while becoming emotionally invested in family members with whom they’d never met.

So until George and Doris’ bones are too brittle to connect, the two will see each other at the Same Time Next Year.