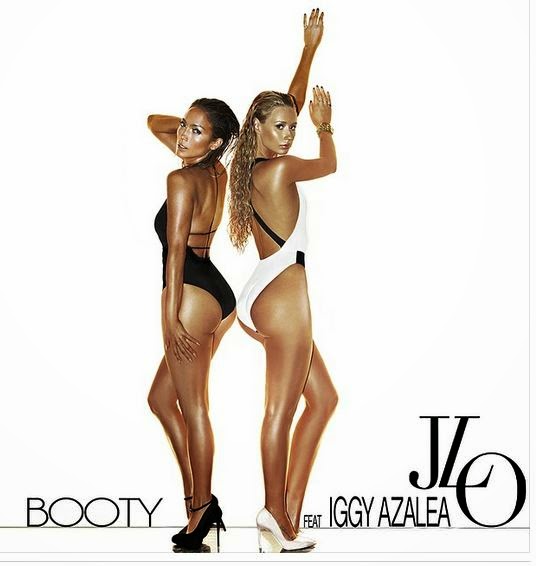 Jennifer 'J-Lo' Lopez was more than thrilled to rep Iggy Azalea at the MTV awards show this Sunday night. She said she'd been a fan of Iggy's since her mix tape days. She also plugged the remix to 'Booty' featuring the newest raptress on the scene.
Just today, Lopez shared the cover shot of the "Booty" remix with Azalea on Instagram. Both ladies giving formidable 'tooch-shots' in swimsuits. Lopez went hashtag loco with: "#jlobooty #aintseenabootylikethissincejennyfromtheblock #doublebubbletrouble #jloiggybooty."
Azalea replaces Pitbull, who appears on the original version, and raps: "They're begging me to drop down on 'em / But right now Iggy on the top / The last time the world seen a booty this good / It was on Jenny From the Block."