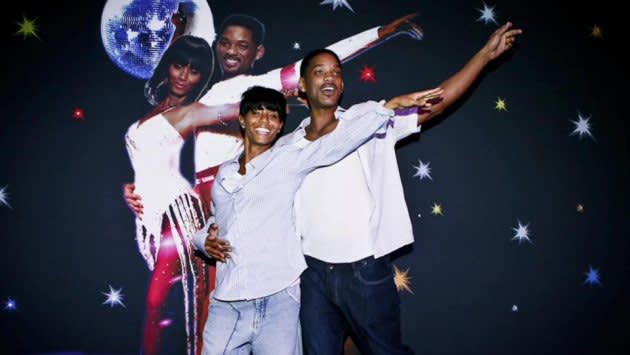 Will Smith wished wife Jada Pinkett Smith a very happy birthday in quite an adorable (and sequined) way!


The "Gotham" actress turned 43 on Thursday and husband Will posted a shot of himself and his wife recreating what appears to a large cut out of themselves decked out in disco/ballroom dancing gear while striking a pose.
"Happy Birthday, My Love," the actor wrote. "We've been together at your last 20 birthday parties. Let's go for 50 or 60 more."
Will and Jada got married 1997.
In more Jada news, on Thursday Deadline reported that the actress is being eyed for a role in the upcoming, "Magic Mike XXL," where she will reportedly play the owner of a strip club.
-- Jesse Spero, Yahoo! News
Gotham Jada Pinkett Smith Magic Mike XXL Will Smith