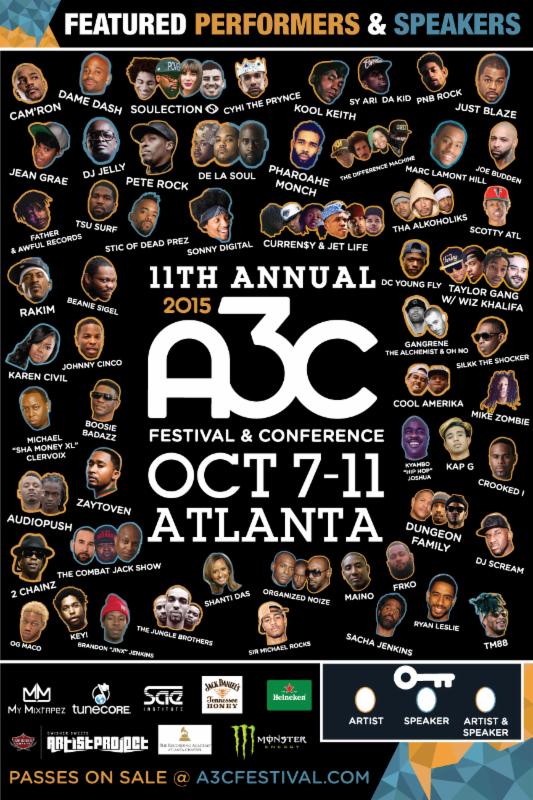 A3C is excited to announce the final, of three, installments of artists and speakers to participate at this years events. The 11th annual A3C Festival & Conference, affectionately known as "Hip-Hop's Annual Pilgrimage,"  2015 A3C will take place October 7-11, 2015, in Atlanta's eclectic Old 4th Ward, along Edgewood Ave, and East Atlanta Village.