'My Brothers' Crossing', A Faith Based Film On Racial Reconciliation Premiers In Theaters Despite Covid-19 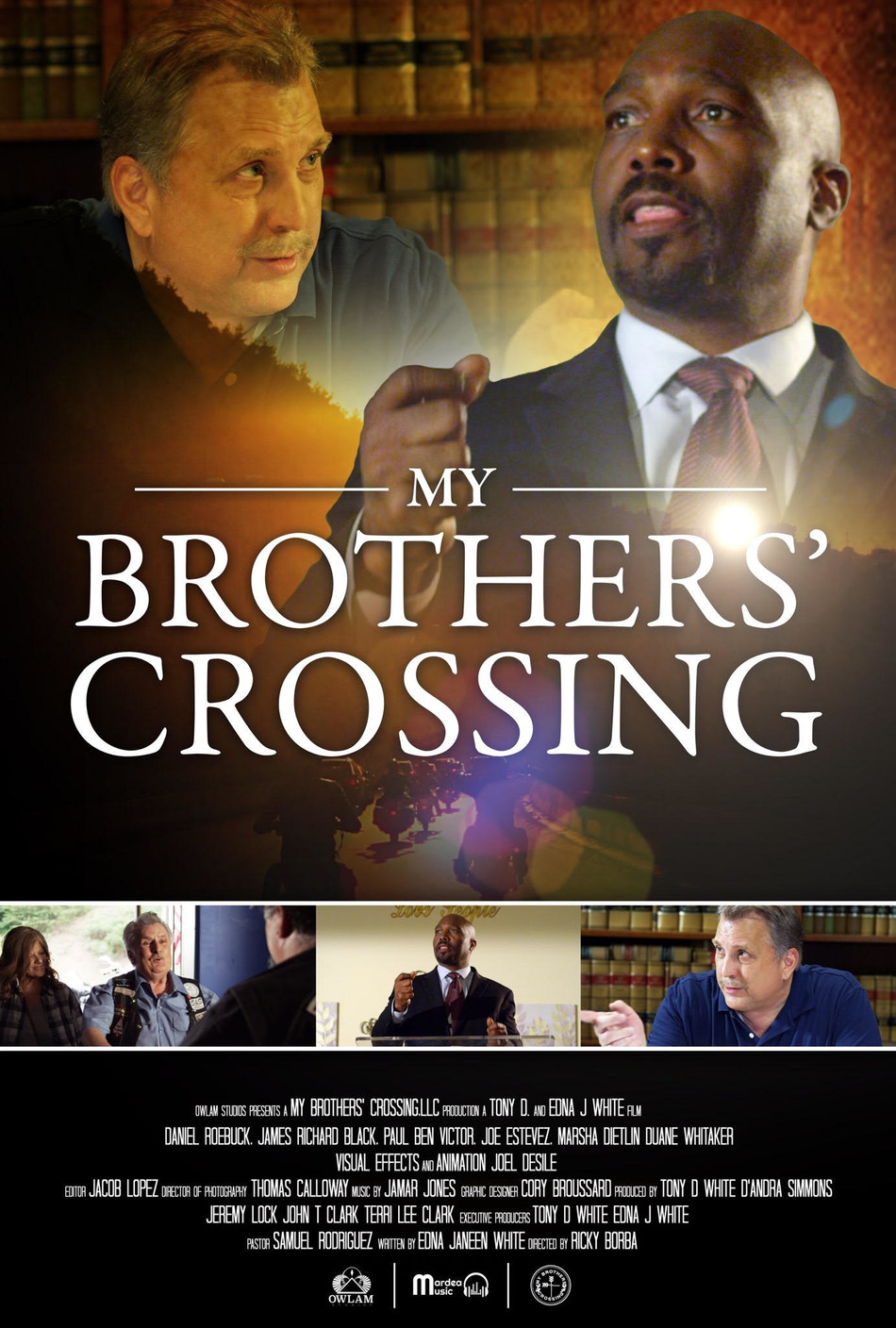 'My Brothers Crossing' a spiritually uplifting film depicts a true story about a black pastor who unintentionally has a head on collision with a motorcycle killing a white couple shortly after the Missouri riots in August 2014. The movie is currently playing in select Regal and AMC theaters throughout the US.

'My Brothers Crossing' is based on the book, "In the Blink of an Eye: Forgiveness in Black and White" and tells the story of the tragic death of motorcycle bikers Bobby and Pam Clark.

The story unfolds from the perspective of Bobby's brother, J.T. Clark, of whose on-screen character is played by award-winning actor Daniel Roebuck (The Fugitive, Getting Grace). Clark eventually forgives C.J. Martin, the black man who killed his brother and is played by veteran actor James Black (Godzilla, Days of our Lives).

The story dives deeper than just forgiveness, it also chronicles the journey of J.T.'s salvation during the turmoil of losing his brother. Clark stated that it's like one of those stories you wouldn't believe unless it happened to you.
My Brothers Crossing