New this week: 'MLK/FBI' and One Night In Miami 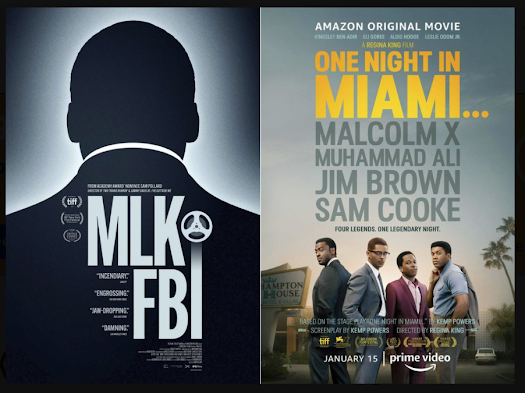 Sam Pollard’s “MLK/FBI,” debuts on-demand and in theaters Friday. Pollard, a frequent editor for Spike Lee, examines J. Edgar Hoover and the FBI’s surveillance and harassment of Martin Luther King, Jr. — widely considered one the darkest chapters in FBI history. It’s a murky story dealing with the extramarital affairs of King but, more importantly, about the federal government’s racist attempts to control and thwart the civil rights leader.