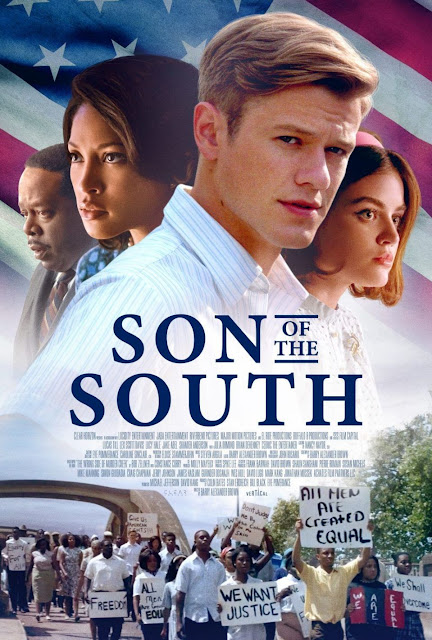 by: Jared Alexander, the grio
The film is directed by Barry Alexander Brown.
The Spike Lee-produced film Son of the South just dropped a new trailer ahead of its February release.
Son of the South is a new civil rights-era film directed by Barry Alexander Brown. The film, which is executive produced by Spike Lee, had its premiere at the American Black Film Festival in 2020. Now, months after the premiere, the film is dropping a new trailer as it prepares for a theatrical and on-demand release in February.
The film is based on Bob Zellner‘s autobiography The Wrong Side of Murder Creek. Zellner was the son and grandson of Ku Klux Klan members. A synopsis of the film reads, “A grandson of a Klansman comes of age during the early 60’s in the deep South and eventually joins the Civil Rights Movement.” Son of the South stars Cedric The Entertainer as civil rights leader Ralph Abernathy, Lucas Till as Zellner, Lex Scott Davis, Lucy Hale, and Julia Ormond.
Brown did an official Instagram Live during the film’s premiere at ABFF and opened up about his creative process. He explained, “I didn’t want to do a film that would point fingers. I wanted to make a film that would inspire you to get out and do something.”
Brown has a long history of working with Lee, editing some of his biggest films like Do the Right Thing, Malcolm X, and most recently, BlacKkKlansman. Brown was nominated for Best Film Editing at the Academy Awards for BlacKkKlansman.
Son of the South is being distributed by Clear Horizon. According to Deadline, the CEO of Clear Horizon, David Brown, said in a statement, “We are excited to expand Clear Horizon at such a momentous time for the industry and society in general. This film will reach audiences who are looking for common ground in today’s world, and we couldn’t be more excited to work with the producers to launch this film in the US.”
American Black Film Festival Barry Alexander Brown Bob Zellner Cedric The Entertainer Julia Ormond Klansman Ku Klux Klan Lex Scott Davis Lucas Till Lucy Hale Ralph Abernathy Son of the South Spike Lee