The Apollo is Heading South...to ATL 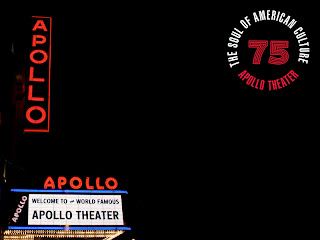 The Apollo Theater's famed Amateur Night show is coming to the ATL searching for new talent to kick of its 75th Anniversary.

On a weekend when the city will be jumping with artist in town for the 2009 BET Hip HOp Awards, Apollo open auditions begin at 10 a.m. Saturday, October 10th at the Rialto Center located at Georgia State University in downtown Atlanta.

The Harlem theater's Amateur Night has been famously known for kickstarting the careers of some of the biggest performers, including Ella Fitzgerald, Stevie Wonder the late James Brown and even Destiny's Child.

Performers chosen at Saturday's auditions will go to New
York for the show's 75th anniversary season, which kicks off in January.

Selected performers will compete for a $10,000 cash prize awarded at the end of the season in December 2010.

Apollo spokeswoman Nina Flowers said the auditions are coming to Atlanta for the first time ever because the city is "a hotbed for
talent right now."