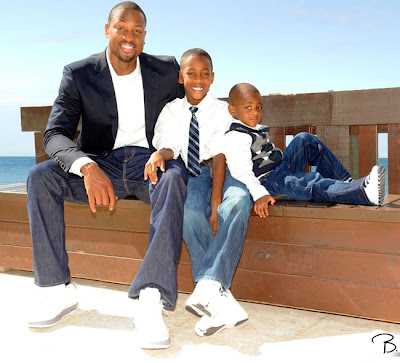 He may have come just short of the The Larry O’Brien NBA Championship Trophy, but Miami Heat star Dwyane Wade has just picked up an honor that celebrates his off-the-court work as a dad. Wade was recently awarded custody of his two sons.

On Thursday, Wade was named the 2011 recipient of a Fatherhood Award courtesy of the National Fatherhood Initiative for his “dedication to his two sons,” the NFI said in a statement.

“This Fatherhood Award reflects Dwyane’s commitment to being the kind of dad his sons need him to be,” said NFI president Roland C. Warren. “He gives dads everywhere a great example of what it means to be an involved, responsible, and committed father.”

The NFI cited Wade’s dedication to influence underprivileged young in Miami and his hometown of Chicago through his Wade’s World Foundation, which he began in 2005. 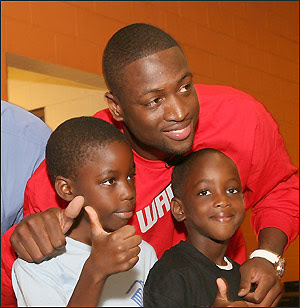 “I am so thrilled to be given this award, especially because it is in recognition of most important thing in my life, my kids. Nothing in the world compares to the happiness that they bring me each and every day,” Wade said in a statement.

This morning on Good Morning America, President Obama sat with Robin Roberts (in a pre-taped interview) and gave fatherly advice to celebrity (and non-celebrity) dads. See the video: