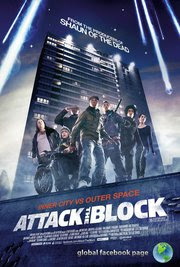 From the producers of Shaun of the Dead and Hot Fuzz, ATTACK THE BLOCK follows a gang of rough and edgy inner-city kids who try to defend their turf against an invasion of alien creatures, turning a South London housing project into a human vs. extraterrestrial warzone. 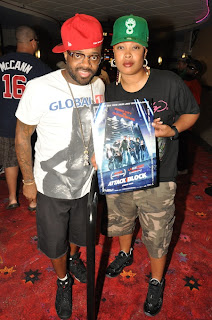 Set on a council estate in South London on Bonfire night, the film follows a band of young thugs who ultimately have to defend themselves from vicious alien invaders. 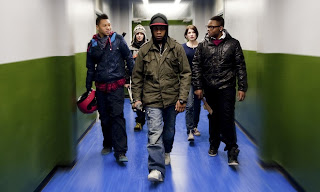 Attack The Block is a fast, funny, frightening action adventure movie that pits a teen gang against an invasion of savage alien monsters. It urns a London housing estate into a sci-fi playground. A tower block into a fortress under siege. And teenage street kids into heroes.

Its inner city versus outer space.

For more on Attack The Block, go to www.attacktheblock.com.