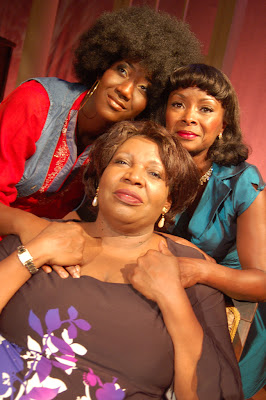 Three Sistahs is a bluesy musical set in the late 1960’s and tells the story of the three Bancroft girls, Olive, Marsha and Irene. The sisters have arrived in Washington D.C. to once again bury another family member. This time it’s their young brother who lost his life in the war. One year ago it was their father and the year before it was their mother. Having grown weary of the somber reunions, the Bancroft ‘sistahs’ are just plain raw with how their feeling about life, death and one another. 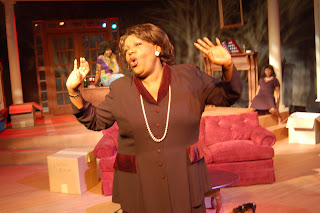 Three Sistahs is an emotional trek of laughter, tears and reminiscence all set to music and sitting close to the stage is one of the gems of being in Horizon Theatre. When the cast play to the audience, you feel the songs and the emotion is not just relegated to the stage. Emotions run far and wide through the theatre. When the youngest Irene cried for her brother, her sniffles sent a wave of emotion across the audience. When Olive reminisced of the first and second time she lost her virginity we all paused in wonder and laughed out loud at the accompanying song. 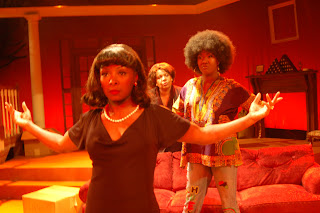 Marsha struggled with life in an unfulfilled marriage, we felt her anguish.

With only a ten minute intermission, one patron was heard saying, “I swear it’s been a half hour! Shouldn’t we be starting soon?” Anticipation to 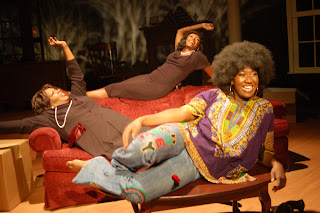 continue this story was high and no one wanted the story to end. Three Sistahs allowed us to dance in our seats, sing along, emote and toss our heads back in sheer delight. Thankfully, it’s only just beginning and it’s worth a trip back.

Three Sistahs will continue its run through August 28th, Wed, Thurs and Fri at 8pm, Sat at 3pm and 8:30pm and Sunday at 5pm. Tickets start as low as $25.00 for general admission seats on weeknights or you can be a VIP with reserved seating and other special perks starting at $40.00 (prices are subject to availability). Tickets and information are available at http://www.horizontheatre.comor by calling 404-584-7450.