Brian White Says Nene Leakes Should Not be Poster Child for The Black Woman? 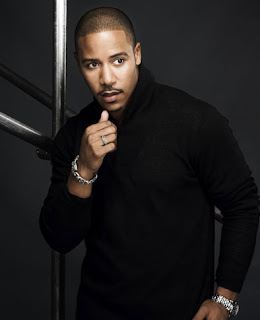 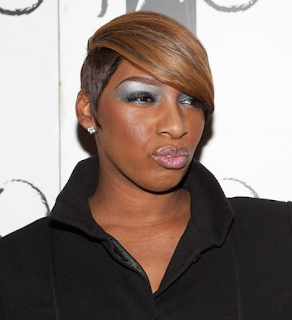 Actor Brian White seems to feel that Nene Leakes is being catapulted to represent black women and she's getting it all wrong. She's perpetuating the black sterotype and she doesn't even know it. But according to her, she's getting rich doing it.

He lamented during a recent interview that “the most prevalent image in ‘urban society’ right now is women like NeNe,” and further explained that he thinks images like hers represent not just a stereotype, but the majority of black women.

Not that we'd ever expect Nene to let it go, she's always good for a response and as most celebs do, she took her response to Twitter. And in such a lady-like manner, Nene calls Brian White a hater.

She then proceeded to throw darts and totally missed the point he was making. Instead she wasted her time and limited Twitter characters on her insecurities and skirted the real issue of his commentary. But who would admit to cashing in on setting the black female race back to the ghetto.

Anonymous said…
Magnificent beat ! I wish to apprentice while you amend your site, how can i subscribe for a blog site?
The account helped me a acceptable deal.
I had been a little bit acquainted of this your broadcast offered bright clear idea
Also see my site > OnlyCruiser.com
December 27, 2012 at 2:43 AM

Anonymous said…
My spouse and I absolutely love your blog and find a lot of your post's to be precisely what I'm
looking for. Would you offer guest writers to write content available for you?
I wouldn't mind composing a post or elaborating on a few of the subjects you write about here. Again, awesome web site!
Feel free to visit my site :: www.ncesc.com
January 14, 2013 at 11:44 PM

Anonymous said…
Yes! Finally something about scouting for girls.

Anonymous said…
I seldom comment, but I browsed a few of the responses here "Brian White Says Nene Leakes Should Not be Poster Child for The Black Woman?".
I do have a couple of questions for you if
it's allright. Could it be only me or does it seem like some of these responses appear like they are left by brain dead visitors? :-P And, if you are writing on other social sites, I'd
like to follow you. Would you list of the complete urls of all your
social networking sites like your linkedin profile, Facebook page or twitter feed?

Anonymous said…
It's wonderful that you are getting thoughts from this article as well as from our discussion made at this time.

Anonymous said…
A person essentially lend a hand to make severely posts I'd state. This is the first time I frequented your web page and up to now? I amazed with the research you made to make this particular submit extraordinary. Fantastic task!

Anonymous said…
Hi, after reading this awesome piece of writing i am as well cheerful to share my knowledge here
with colleagues.

Anonymous said…
Great information. Lucky me I discovered your website by chance (stumbleupon).
I've bookmarked it for later!

Anonymous said…
I am actually thankful to the holder of this website who has shared this great article at here.

Anonymous said…
You could definitely see your expertise in the work you write.

The arena hopes for even more passionate writers like you
who aren't afraid to say how they believe. All the time follow your heart.

Anonymous said…
Howdy, i read your blog occasionally and
i own a similar one and i was just wondering if
you get a lot of spam feedback? If so how do you reduce it, any plugin
or anything you can advise? I get so much lately it's driving me mad so any assistance is very much appreciated.

Andy Gregory said…
Therefore, many night clubs have begun using polycarbonate glasses to serve drinks to customers.
March 18, 2014 at 1:11 AM