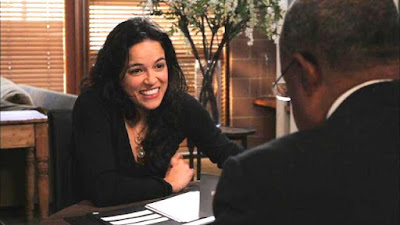 There’s always the threat of finding something particularly shocking when digging through the branches of your family tree.

The actress of Puerto Rican and Dominican descent gave the PBS series “Finding Your Roots with Dr. Henry Louis Gates” its first-ever case of generations marrying within the family to keep the blood line pure – also known as endogamy.

“Endogamy – cousins marrying cousins in the hills of Puerto Rico,” Gates says of Rodriguez’ episode, which airs Sunday (May 20). “And that was the big shock, that we’ve never seen so many first cousins who were married in a line of direct descent.”

Gates said Michelle went into the series believing the genealogists wouldn’t find anything about her ancestors. But researchers were able to trace her family line back to her fourth great grandfather, born in 1777 in the Dominican Republic, and her fifth great grandparents in Puerto Rico.

Anonymous said…
Write more, thats all I have to say. Literally, it seems as though you relied
on the video to make your point. You clearly know
what youre talking about, why throw away your intelligence on just posting videos to your weblog when you could
be giving us something enlightening to read?