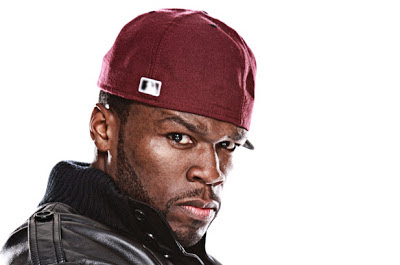 Barely a few days after a twitter spat with Floyd Mayweather, 50 Cent has chosen his next victim, Rick Ross.
With Florida being Rozay’s home state, his beef with the porkly sized rapper resulted in low turnout for 50's FAMU's Homecoming concert. Sometimes beef doesn't pay....or does it?

Apparently beef doesn't pay, but his SMS Audio does. In under 9 minutes, he raked in $177,000 on QVC! The over-the-ear wired headphones named STREET by 50 went for five 'easy payments' of $49.99. STREET by 50 is the answer to Beats by Dr. Dre, but in limited purple, pink and red editions. They sold out almost immediately! Just in time for the holidays.

As he often does, 50 Cent smiled and flirted his way through the segment with QVC's female hosts and later smuggly tweeted:

Take a look:
Back to bullying....50 Cent isn't new to picking on his fellow rapper. That poses the question....Is 50 Cent a rich and spoiled hip hop bully? He's riffed with so many people.....
﻿