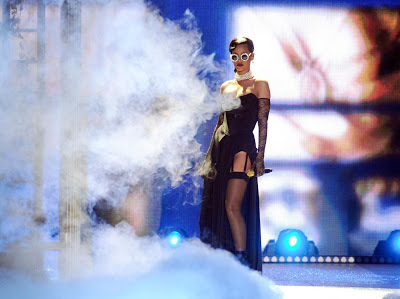 She didn't need the smoke. She emanates hotness all on her own, but Rihanna rocked lingerie at Wednesday night's Victoria's Secret fashion show in New York, providing the highlight of the live-music soundtrack and holding her own on the catwalk with some of the world's top models.
Still, wearing a sheer pink mini that gave glimpses of her bra, Rihanna sang "Fresh Out the Runway" at the end of the corset-and-garter parade and she was the one to grab the audience's biggest applause.
The fashion show has become a pre-holiday season tradition for the retailer. CBS will turn it into a one-hour special, which also had performances from Justin Bieber and Bruno Mars, to be shown on Dec. 4.

This year's event had a slight twist. It started with an announcer noting that Victoria's Secret and CBS had each made a donation to relief efforts for Superstorm Sandy, and a thank you to the National Guard members who are based out of the Lexington Avenue Armory that has for years been home to the show. 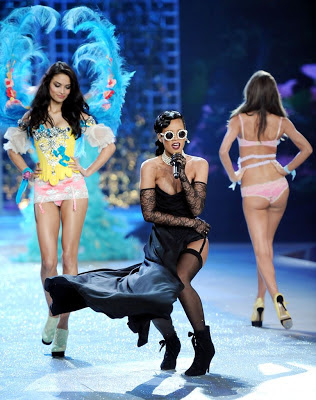 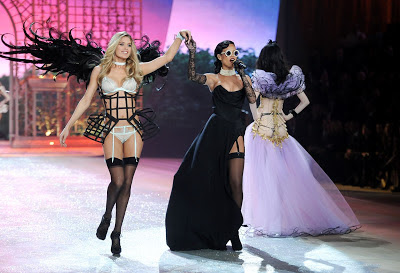 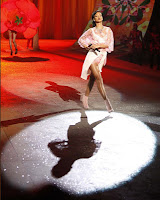 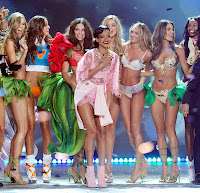