SNEAK PEAK: Bobbi Kristina Sings: The Houstons On Our Own 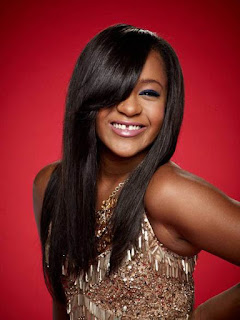 Tonight’s episodes will feature The Houston Family traveling to LA for the red carpet premiere for Sparkle, Whitney Houston’s last theatrical performance. The family faces a nostalgic yet bittersweet moment without Whitney.
Bobbi Kristina will meet with the legendary music director Ricky Minor to discuss her budding music career as well as show off her vocals for the music legend.  Singing one of her mother’s most famous songs, she belts out her version for Mr. Minor to hear.
Also the family will travel to Hawaii on a spiritual retreat, where their guides invoke island ceremonies to help the Houstons to move on with their lives while still keeping the memories of Whitney present.
Lifetime’s all-new docuseries "The Houstons: On Our Own", every Wednesday at 9pm ET/PT with back-to-back episodes, chronicles those closest to the pop music icon, including her daughter Bobbi Kristina (Krissy); Pat Houston, Whitney's sister-in-law and manager; Pat's daughter Rayah; Whitney's brother Gary; mother, Grammy® Award-winning singer Cissy Houston, and family friend Nick Gordon, as they try and pick up the pieces after her untimely death.
Throughout the 14 episode half-hour series, viewers are seeing the Houston Family as they come together to deal with the loss of Whitney and focus on Krissy, the 19 year-old daughter of Bobby Brown and Whitney, and the only heir to her mother's estate.  This is truly a journey through the emotional spaces of a family that has been public for so many years.