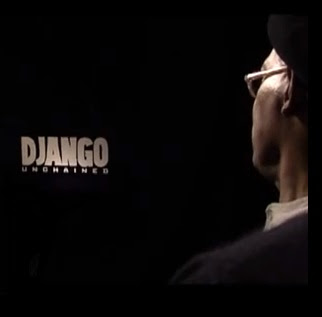 Just at the 14:45 mark in the video, Samuel Jackson sits down with Jake Hamilton of Houston's film show Jake's Takes during a press junket to promote Django Unchained.

Everything was going just fine until Jake brought up the controversial usage of the word nigger in the movie. For many who counted, it was used more than a hundred times. Jake Hamilton was not about to be chided into taking part in using the word even though Sam gave his approval.
The video is a compliation of interviews from the movie. The aforemetioned interview starts at 14:45. Take a look and enjoy!