Beyonce exhibit coming to Rock and Roll Hall of Fame 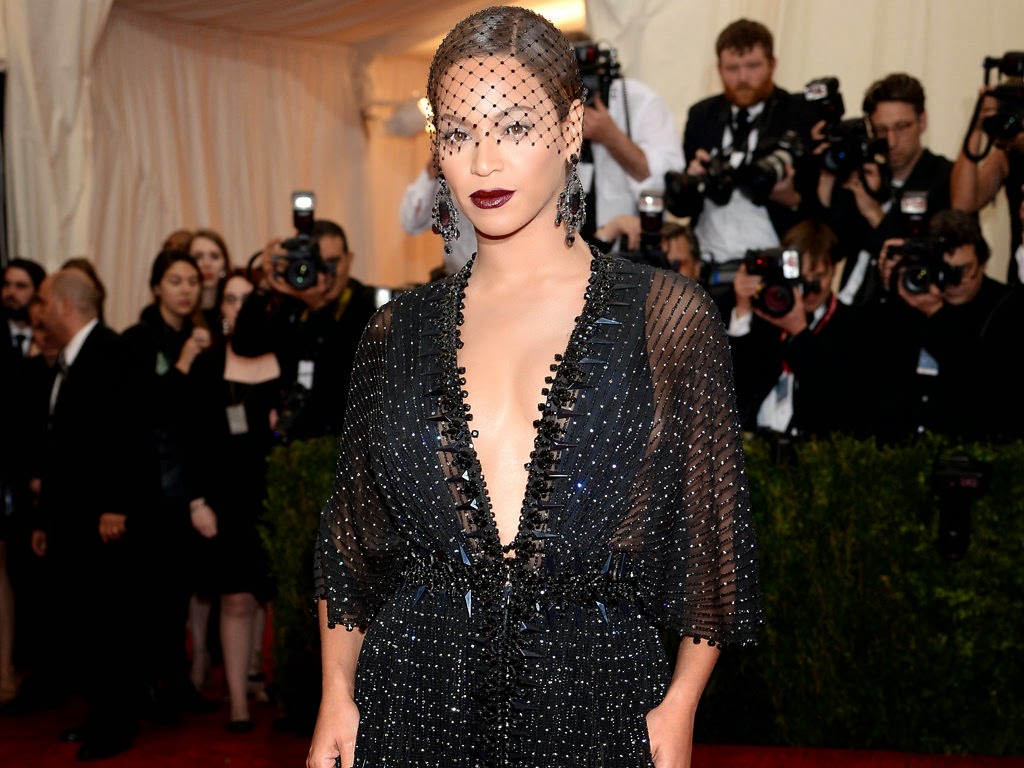 A fashion exhibit centered on Beyonce will debut at the Rock and Roll Hall of Fame and Museum in a section previously featuring only Hall of Famers.
The Rock Hall announced Friday that outfits from Beyonce's Super Bowl performance and music videos will debut Tuesday in the Ahmet Ertegun Main Exhibit Hall in its Legends of Rock section, next to iconic pieces from Michael Jackson, David Bowie and Bruce Springsteen.
The 32-year-old Beyonce would be eligible for induction into the Rock Hall as a member of Destiny's Child in 2022 and as a solo artist in 2027.
The exhibit in Cleveland, Ohio, will feature Beyonce's ubiquitous black leotard from her "Single Ladies" music video, as well as her body suit, skirt and jacket from her Super Bowl performance last year in New Orleans.
Rock Hall curator Meredith Rutledge-Borger said they have been trying to court Beyonce "for a really long time."
"When we looked at the depth of the amount of stuff that she was willing to send, we just thought, `The only way we can really showcase these items is to put them in the Legends of Rock area in the museum,' which really is the spot that we have to pay tribute to legends of rock, which Beyonce has proven herself to be," she said in an interview.
Lee Anne Callahan-Longo, the general manager of Beyonce's production house, Parkwood Entertainment, said the singer was honored and humbled by the opportunity to have her personal items in the museum.
"For an artist to be able to have a presence where all of her idols and mentors live, it is a big deal," she said. "It's very meaningful to an artist when you feel like you've accomplished certain levels and to be asked to be part of this before she's eligible, I think that's really special."
Beyonce's Givenchy gown from the 2012 Met Gala and her tank top, denim shorts and leather pumps from her 2003 "Crazy in Love" music video also will be on display, among other outfits.
The singer's inclusion is part of the Rock Hall's push to bridge contemporary icons with classic ones. The Rock Hall launched its Right Here, Right Now exhibit featuring items from Bruno Mars, Rihanna, Lady Gaga and the Black Keys earlier this month.
"We felt that (Beyonce) really needed to take her rightful place alongside Aretha Franklin and the Supremes and Janis Joplin," Rutledge-Borger said. "Rock and roll has an intergenerational appeal and we want to make sure we're hitting all the right notes and keeping up with what's happening today and what's legendary today."
AP
Beyonce Beyonce' Fashion Rock and Roll Hall of Fame