on July 30, 2014
As Executive Producers Real Housewives of Atlanta star, Kandi Burruss and Todd Tucker prepare to take their stage play - "A Mother's Love" - on the road this fall, they will do so in the capable hands of Travis Steele, Founder and CEO of Theatrical Works Live.

Unsurprisingly, the wildly successful run of "A Mother's Love," and its impressive
star-studded cast, recently enjoyed in front of a sold-out audience in Atlanta, prompted
a national tour alongside Burruss and Tucker.

"This is a huge opportunity for us and we are extremely excited about it," said Steele. "Not only that, but we're feeling the excitement from venues all across the country. We're happy to help Kandi and Todd take their brand to the next level."

Fittingly, the three month long tour is set to embark on its cross country run this September from Columbus, GA. Thereafter it will appear in 29 major cities - Miami, Chicago, Dallas, Los Angeles, Las Vegas and New York City among them.

"A Mother's Love" tour is slated to begin on September 4th. For tour date listings and tickets log onto: www.kandionline.com 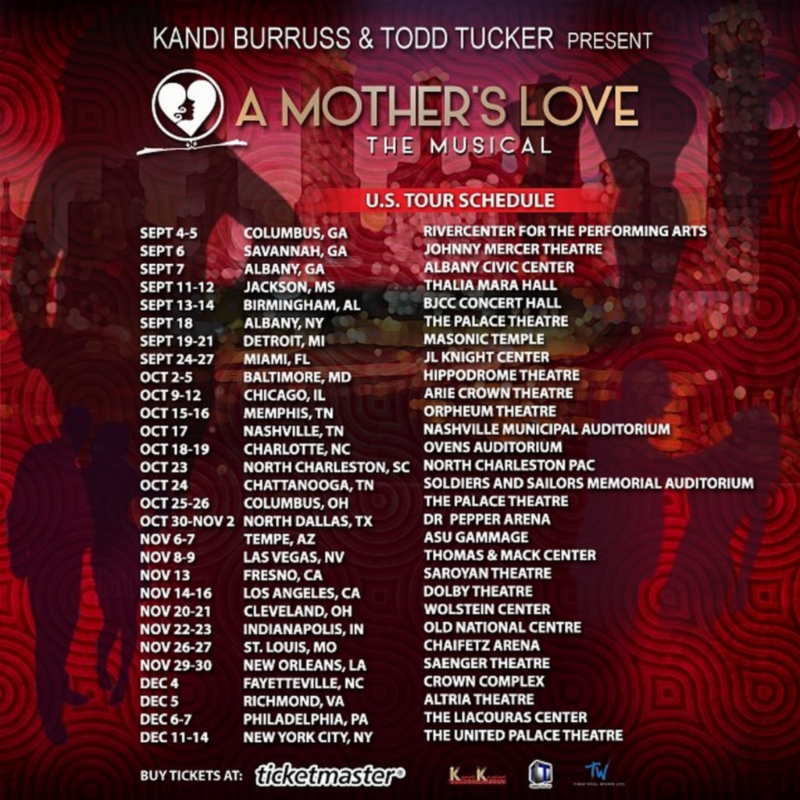